COLORADO GUN COLLECTORS  ASSOCIATION Spokesman Dedicated to the promotion of friendship among persons interested in the collection, preservation and study of arms… 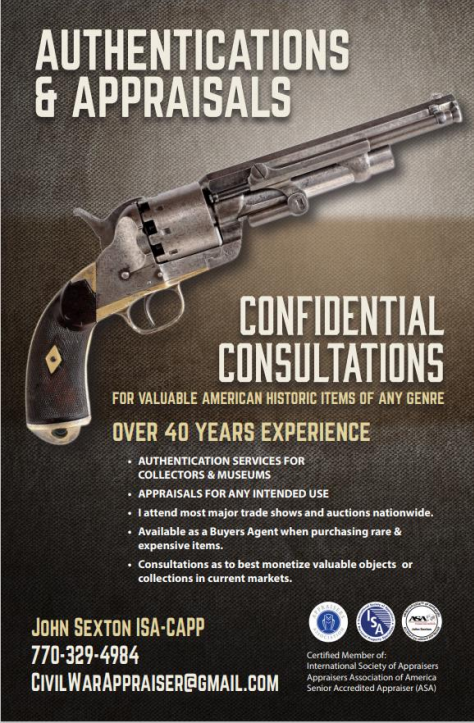 The M20 a1B1 Rocket Launcher aka the “Super Bazooka”

“This is an exceptional example of a U.S. Army issue M15 General Officer pistol. The M15  pistols were manufactured solely by Rock Island Arsenal starting in the early 1970s through approximately 1985 when the US Army adopted the Beretta M9 pistol. This specific pistol is

listed on p. 152 of “The Colt General Officers’ Pistol” by Greeley as being issued in 1976.  These pistols were fabricated by using a standard M1911A1 pistol, milling off old markings and then applying the new markings and shortening the slide and barrel assembly to 4 1/2 inches,  installing a high profile front and rear sight, serrated main spring housing with the National  Match style checkered front grip strap. The left side of the slide is marked with “General  Officer Model/RIA”, and “Serial No. GO 481” is on the right side of the frame above the grips.  The grips are checkered walnut and the right side has a cast Rock Island Arsenal ordnance emblem while the left grip panel is inlaid with a blank silver nameplate. The pistol has a highly polished blue finish on most parts, the barrel is chrome plated, and it is furnished with an unmarked full blue magazine. Includes a black leather general officer’s belt with brass U.S. seal  buckle and a replacement 1911A1 style black leather holster.” Credit: Rock Island Auction

In the late 90s, my mother purchased this de-activated Korean War-era M20 A1B1 Rocket  Launcher and two practice missiles for me as a gift. This “Super Bazooka” hung in my old bedroom until last week. I’d forgotten about it more or less and I’ve decided to hang it in my shop and repaint it. The bright green is primer, internet research has shown a few different shades of green. Likely, I’ll paint it a dark tone of olive drab. I’ve also purchased a sling and manual off eBay, pretty fun to re-discover this contraption!

The M20 Super-Bazooka antitank rocket launcher was developed toward the end of  WW2 as a more powerful and effective variant of the original M1 / M9 Bazooka antitank rocket launcher. Its effectiveness was enhanced by increasing shaped charge warhead diameter from  60 to 89 millimeters. The launcher tube diameter was also increased to accommodate larger and more powerful rockets.

First used operationally during Korean war, the M20 Super-Bazooka antitank rocket launchers and its rockets proved to be quite effective, and US Armed forces used Super Bazookas in several variants until early part of the Vietnam war. During the Vietnam War, M20  launchers were generally replaced by much more compact disposable M72 LAW anti-tank weapons. Other users of the M20 Super-Bazooka antitank rocket launchers included armies of Canada, Italy, France, UK, Portugal, and some others. 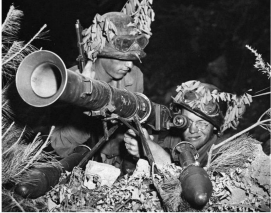 ignited by electricity. The M20 Super

around a two-part aluminum alloy

smoothbore barrel, open at both ends. The

barrel can be easily disassembled into two

storage and transportation. Rockets are

loaded into the barrel from the rear. After

electric firing system by its own wire, which

located next to the rear end of the barrel. When fired, the rocket motor created a significant and dangerous back-blast zone behind the launcher, up to 75 yards deep.

The electric ignition system used a trigger-operated magneto to produce an electric current which set off the rocket motor. The manual safety was located on the pistol grip.

sight installed on the left side of the barrel tube.

The Super-Bazooka could be fired off the shoulder,

with the skeletonized shoulder stock attached below

the rear part of the barrel, and an optional folding

bipod could have been fitted to fire weapon from

prone or a supported position. Some Super

Bazooka launchers were also provided with a retractable support monopod, located in front of  the shoulder stock.

The General officers’ M15 pistol, adopted in 1972, replaced the Colt Model M (1903 and 1908  Pocket Hammerless) pistols. It provided a weapon of greater stopping power and was more effective. The supply of Model M general officer’s pistols was running out, and Colt no longer had the design (the Pocket Hammerless) in production Dale Hoffman, Superintendent of Small  Arms at Rock Island Arsenal, designed his own shortened (4.25-inch barrel) and accurized 1911  and submitted it to the Army unsolicited as a replacement for the Model M. This resulted in trials in 1971, where Hoffman’s gun was put up against both steel and aluminum framed S&W  Model 39s, a 9mm Colt Series 70, and a Walther P38. Hoffman’s design came out the best and was formally adopted in 1972. Between 1972 and 1974, the Rock Island Arsenal converted 1004

stock 1911A1 pistol into M15s, and they were issued out until 1982 when the supply was exhausted. At that point, General officers began to be issued standard 1911A1 pistols, and later  Beretta 92s. As an interesting side note, any General issued an M15 had the option of purchasing it from the government for $147 upon retirement. It appears nearly all the recipients chose this option. (https://www.forgottenweapons.com/rock-island-arsenal-m15-general-officers model/)

The finish on the guns was a deep blue on portions of the slide and frame. The exposed metal parts such as the safety and slide lock have a polished blue finish, while the top of the slide has a black matte type finish. The magazines were serial-numbered to each gun, and a total of three were packaged to each gun. The caliber is .45 ACP. 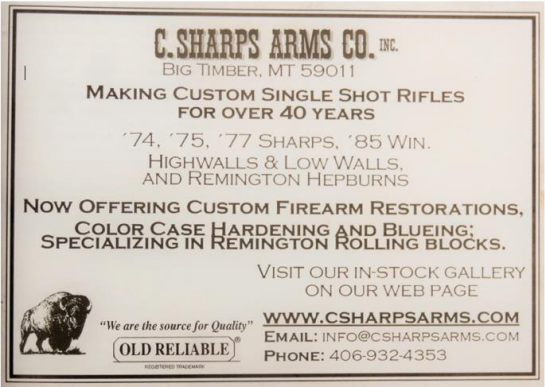 A month or so ago I awoke to an interesting email to my surprise this Rock Island M15,  Numbered GO180 was to be offered at small home contents sale in Arizona. I immediately called the small firm with this firearm and made a cash offer for the pistol, all issued gear, and what remained of the General’s office. This included large flags, unit swag, awards, uniforms,  medals, decorations, and a sword gifted to him by over 20 members of the 104th Infantry unit upon the General’s retirement. The items were listed for sale as Major General (2 star) Ladd F.  Hunt had no direct heirs interested in his military history. His step-children had no interest.

GO 180 was issued to General Hunt in 1972, and by the internal and external conditions, I  surmise he only fired maybe a few boxes of ammunition through the pistol and he never took any of the accouterments out of the plastic wrappers. Of the three numbers matching magazines, only one was out of the package and used. My guess is this magazine was in the pistol when it was issued.

Major General Hunt had a 40-year  military career from 1942 to 1982. His  DD214 was tossed so I have not pieced together his service history, as of yet. I  do know he served the 104th Training  Division located in Washington for at least  20 years. This training division is focused on leadership skills and general training. General Hunt also was apparently a Mounty at some point and I have not been able to fully research. 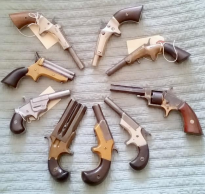 Walt Baldwin It is with deep sadness that I am letting you know that one of our longtime  members, Walt Baldwin has passed away. Walt, at less than a month away from his 98th  birthday, was the oldest member of our club. He was very active in our club and the gun show  until our show in 2021. Cindy Jewell

Joe Wanenmacher We recognize the immense gift to our common interests from decades of  service to our hobby and his gun show productions.

The location of the 2023 CGCA gun show has been determined to be the Island Grove Event Center at the Greeley Stampede grounds. This decision was based on many factors  including the size and quality of the venue, financial losses experienced by the effect of the

closing of our long time venue  and delays and cancellations due  to the pandemic. In order to  maintain the size and quality of  our show, we are limited to  facilities big enough to host us.  We look forward to the new  location.

The cost of publication and  mailing of the newsletter has  caused it’s continued. The Board is  evaluating the ongoing club  communication strategy. We may  choose to depend on our website  and Facebook pages for

announcements to those that  haven’t shared an email address  with us. cgcawebmaster@cgca.com

Call for Volunteers at the 2022 CGCA Gun Show. We depend on volunteers to staff the needed security positions and for general help during the show. Feature gun articles are also needed.  Please contact at Aarron 303-478-9114

If you are like me, your appreciation of vintage firearms goes beyond simply shooting. Maintaining their condition and natural beauty are important as well so that they may be appreciated by future generations. But we will have our fun during our time here on this earth, so many of these firearms are actively used and, as a result, spend time exposed to the elements. Several years ago, at the Matthew Quigley Match in Forsyth, MT, we were subjected to the rather typical Montana weather ranging from dusty, windy conditions to torrential downpours within a short amount of time. Even the displayed firearms in vendors’ tents were not spared the wind-blown effects and additional attention was required to clean and protect equipment. On our trip back, our stop at the C. Sharps facility in Big Timber gave us some insight into their cleanup techniques. In particular, we noted the excellent appearance of their richly figured wood on rifles that had, a few days earlier, been subjected to dust and water, and were now restored to their original showroom condition.  Aside from the elbow grease, one tool, in particular, stood out in its effectiveness, a product called Old West Snake Oil. Old West Snake Oil is an “Antique Firearm Finish Protector and Preservative”. A proprietary blend of highly refined mineral oil and pure carnauba wax, it is distributed by Ironhorse Industries of   Englewood, CO. It is safe for all finishes, including engravings and inlays, and can even be used on leather. It is non-hardening and does not soften wood over time as some oil products can. While it has become a staple in my own shop with daily use, it has a remarkably long shelf life which can be measured in decades. In fact, the Executive Director of Ironhorse Industries, David Weddle, claims that some have lasted in excess of 29 years. This superb oil is an odorless lightweight liquid, thick enough to prevent running yet thin enough to apply easily. It contains no lemon oil, shellac, acrylics, water, detergent, silicon, or other damaging chemicals and is available in two formulations:  No. 1, for general use, and No. 2, formulated for pre-64 Winchester firearms and containing a Winchester-red coloring agent. A simple application process using a cloth or paper towel across the wood and metal surfaces immediately enhances the firearms. Its effect on wood surfaces is particularly noteworthy, enhancing color and figure while adding depth to the wood. Application to vegetable-tanned leather resulted in a slightly darkened tone. This will be a welcome change from Neatsfoot oil on my knife sheaths, which causes verdigris to form on brass components. Old West Snake Oil is available from the C. Sharps showroom info@csharpsarms.com or through Ironhorse Industries, P.O. Box 251 Fort Collins CO 80522, tel. 303-475-8044, email oldwestsnakeoil@gmail.com or website www.oldwestsnakeoil.com. Prices for No. 1 in an 8-oz bottle are $20, while for No. 2 in a 4-oz bottle $16. Prices do not include shipping. Snake Oil applied to the right half of stock

Have a question?
Reach out!